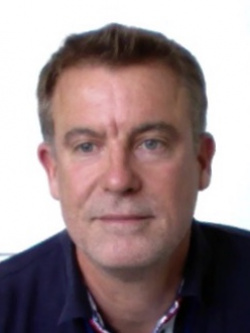 Jérôme Guicheux (49 yo), initially trained as a cell biologist (PhD 97’, Nantes, France), was a postdoctoral research scientist in the bone diseases and rheumatology department of the University Medical Center of Geneva (1997-2001, Switzerland). He was then recruited as a tenured junior research scientist by the French national institute for health and medical research (INSERM) in 2001. JG has finally been promoted INSERM Research Director/full tenured professor in 2008; He is currently director of the INSERM U1229-RMeS research Centre (Regenerative Medicine and Skeleton, 115 people, Nantes, France; http://www.rmes.univ-nantes.fr/home/). In 2014, JG was appointed the national coordinator of the French network dedicated to osteoarthritis (ROAD) and the chairman of the French society of mineralized tissue biology. JG is also a member of the board of directors of OARSI and Regenerate-Biospine. JG has coordinated 5 pluri-annual programs from the French national research agency and served as WP/task leader in EU projects from FP7, FP8 and H2020. JG has authored more than 185 indexed publications (ISI WoK H-index 47, total citations 6100) and 8 patents. His research focuses on the pathophysiology and regenerative medicine of the skeleton with particular emphasis on biomaterials and stem cells. ISI WOK Researcher ID F-7767-2013; ORCID 0000-0003-2754-3024.