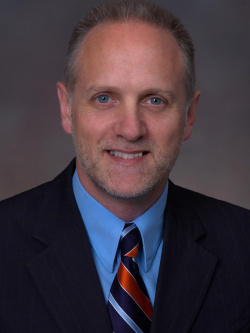 Brian Johnstone did his predoctoral research at the Kennedy Institute of Rheumatology, London, England and postdoctoral work at West Virginia University and the University of North Carolina at Chapel Hill, USA. His work on intervertebral disc biology was acknowledged with two Volvo prizes for spine research. He moved to Case Western Reserve University in 1993 and developed the in vitro system for the chondrogenic induction of adult stem cells. In 2004, he became Director of Research in the Department of Orthopaedics at Oregon Health & Science University, Portland, Oregon where he continues his work on stem cells in skeletal tissue repair and regeneration. He is a scientific editor for the open access journal eCells and Materials, and was the President of the Orthopaedic Research Society for 2011-2012.