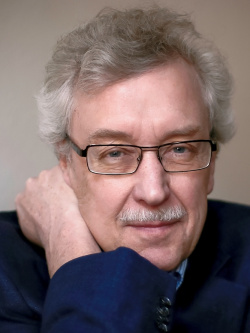 Stefan Lohmander, MD, PhD, is senior professor at the Department of Orthopedics at Lund University, Sweden.

He received his training and degrees at the Karolinska Institute, Stockholm, Sweden. After serving as a visiting scientist at the NIH in Bethesda USA, he moved to Lund University. His research focuses on basic and clinical aspects of osteoarthritis:

• Risk factors and disease mechanisms of OA on gene, molecule and patient level

Stefan Lohmander is emeritus editor-in-chief of ‘Osteoarthritis and Cartilage’ and past president of the Osteoarthritis Research Society International. In 1994 he received the OARSI Award for Clinical OA Research, in 2004 the ORS Steindler Award for significant international contributions to the understanding of musculoskeletal disease and injury. In 2006 he received the Marshall Schiff Award from the American College of Rheumatology for ‘research in the interface between rheumatology and orthopedics in musculoskeletal medicine’, in 2007 the Bone and Joint Decade 2000-2010 Award for Research in Osteoarthritis, in 2017 the OARSI Lifetime Achievement Award for exceptional contributions to the advancement of knowledge in the field of osteoarthritis, and in 2018 the Cy Frank Legacy Lectureship of the University of Calgary and Canadian Academy of Health Sciences.

Stefan Lohmander has published more than 400 scientific papers, receiving more than 28 000 citations with an h-index of 79 (WoS).