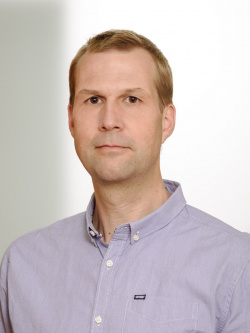 Professor Philipp Niemeyer is member of the Department of Orthopedic Surgery and Traumatolgy of the Freiburg University Hospital (Germany, Director: Prof. Dr. N. P. Südkamp) and head of the divsion of knee surgery and cartilage repair. After graduating from the University of Freiburg in 2002, he began his clinical training at the Department of Orthopaedics at the University of Heidelberg (Germany, Prof. Dr. V. Ewerbeck), which he continued in the Department of Orthopedics and Traumatology at the University of Freiburg. Since that time, he conducts research into preclinical and clinical aspects of the regeneration of cartilage tissue. In addition to publishing various scientific papers in this area he was awarded in 2005 with the Kurt Steim Award of the University of Freiburg in 2012 and the Research Prize of the German Society for Orthopaedics and Orthopaedic Surgery (DGOOC). In 2013 he became Associate Professor at the Freiburg University, he is executive board member of the German-Speaking Society for Arthroscopy and Joint Surgery (AGA) and the German Knee Society (DKG). Furthermore, he is initiator of the German Cartilage Registry which has been introduced in 2013. Since 2016, Philipp Niemeyer is Consultant Surgeon at the OCM in Munich, Germany (Orthopädische Chirurgie München).