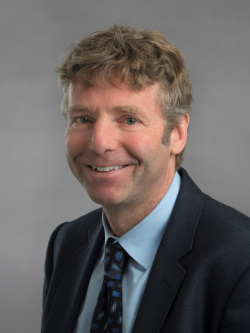 Professor Wimmer is the Grainger Director of the Rush Arthritis and Orthopedics Institute in Chicago (USA) and serves as the Associate Chairman for Research in the Department of Orthopedic Surgery at Rush University Medical Center. He also holds appointments in the Departments of Cell and Molecular Medicine and Rheumatology, as well as Bioengineering at the University of Illinois.

Prof. Wimmer received his Diploma in Mechanical Engineering from the Technical University of Munich (Germany). After a post-graduate year in Chicago, Prof. Wimmer continued his education in Germany and earned a doctorate in Biomechanics at the Hamburg University of Technology. Before joining Rush in 2001, he spend four years at the AO Research Institute in Davos, Switzerland.

Prof. Wimmer’s current research focuses on the phenomena between interacting surfaces of natural and artificial joints. He has published over one hundred-sixty peer-reviewed manuscripts.