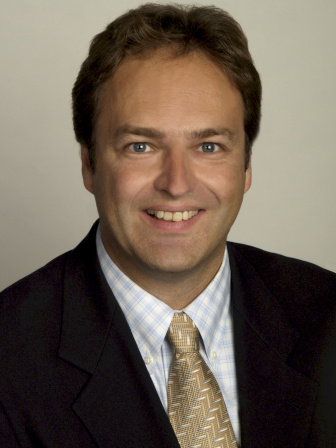 Prof. Angele graduated summa cum laude at University of Ulm Medical School in 1994. In 2001, he finished his residency and graduated in Trauma Surgery and Orthopaedics at University of Regensburg, Germany. He attended an 18 months DFG-Postdoctoral fellowship in the Department of Orthopedics, Case Western Reserve University, Cleveland, Ohio, USA with the focus of stem cell differentiation, chondrogenesis. Peter joined the Department of Trauma and Reconstructive Surgery at the University Hospital Regensburg (Germany) in 2001 as a consultant of Orthopaedic and Traumatology and became Associate Professor in 2004. His received the venia legendi with the title “Meniscus reconstruction -Treatment options of Tissue Engineering” in 2004. He has been qualified to be a Full Professor in 2008. In 2010 he became a Professorship for Trauma Surgery with focus “Regenerative Joint Therapy” at the University Hospital Regensburg, Germany. Since 2010 he is director of „FIFA Medical Centre of Excellence – Regensburg“. His main research topic is the regeneration of cartilage and meniscus defects with biomaterial- and cell based approaches.
Besides being a consultant for Regenerative Joint Therapy in the Department of Trauma and Reconstructive Surgery at the University Hospital Regensburg (Germany) he is since 2008 a consultant in the sporthopaedicum, a highly specialized clinical expert institution. His clinical practice consists of a broad-spectrum of sports medicine and trauma surgery with a predominant focus in the last 15 years on regenerative knee surgery.