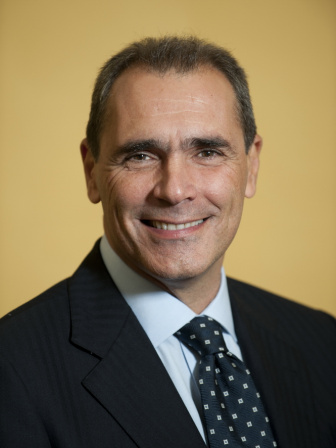 Stefano Della Villa received his M.D. from the University of Bologna in 1985 and completed his residency in Orthopaedic and Sport Rehabilitation at the Rizzoli Orthopaedic Institutes in 1988.
As part of his training he worked in 1987 and 1988 with Professor Michael Dillingham, Director of Sports Medicine Programme, at Stanford University (California, US) and with Rick Eagleston, Physical Therapist of the Stanford Swimming Team.
He founded Isokinetic in 1987 in Bologna and since then he is the President of the company.
In 1992 he organized the first edition of the International Conference on Sports Rehabilitation and Traumatology, that in 2015 will celebrate its 24th anniversary.
In 2000 he founded together with the Physiologist Giulio Sergio Roi, M.D., the Educational and Research Department of the company focused on prevention, treatment and rehabilitation of sports injuries. In 2001 the Isokinetic Medical Group opened a new clinic in Milan and in the next years in Cortina dAmpezzo, Turin, Verona, Rome and Rimini. From 2006 to 2010 he has been the President of the Rehabilitation Committee of the Italian Scientific Society SIGASCOT and in 2008 he became a member of the Sports Injury and Rehabilitation Committee of ICRS. He is member of the ESSKA Sports Committee 2014-2016.
Since October 2009 the Isokinetic Medical Group was accredited as FIFA Medical Centre of Excellence thanks to his long experience in the management of football player injuries.
In November 2012 Isokinetic Medical Group opened a clinic in London. By the end of September 2014 a new clinic started working in 11 Harley Street.