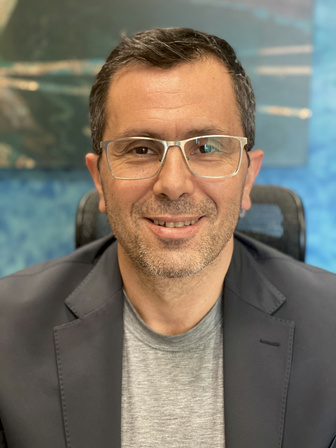 Emmanuel Papacostas is the founder of SportsClinic Thessaloniki and co-founder of TheMIS Orthopaedic Center in Thessaloniki, leading private institutes in the field of Sports Orthopaedics in the country. He is currently working in Aspetar Hospital, one of the leading Centers, worldwide, in the field of Orthopedic Sports Surgery and Sports Medicine.

He studied medicine in the Aristotle University of Thessaloniki receiving his medical degree in 1993. He received his orthopaedic specialization diploma in 2004 and works in the private sector ever since. During and after residency he attended several international meetings in the field of sports orthopaedics and cartilage repair being awarded with several national and international fellowships. His work as a young investigator on ankle ligament injuries was awarded with the Einjar Ericsson FIMS Award in 2002. Dr Papacostas is a PhD student in the University of Thessaly since 2012, working on treatment of large chondral and osteochondar knee lesions with Autologous Chondrocyte Implantation.

He became an ICRS (International Cartilage Repair Society) full member in 2005 (one of the first two Greeks), being a committee member (Publication & Communication committee 2010 – 2014 and Fellowship, Scholarship & Research Grand 2015 – ). He is also a member of the International Ski Federation (FIS) Medical Committee, European Society of Sports orthopaedics Knee surgery and Arthroscopy (ESSKA) Cartilage Committee (2016 – ) and member of several societies in the field of Sports Medicine and Sports Orthopaedics.

His sports background (national and international level athletics) made him focus on sports injuries prevention and treatment and especially cartilage defects having being inspired by the ICRS, attending Surgical Skills Courses (Vienna, Miami, Rostock). He serves as head team physician of professional football teams and consultant surgeon for several clubs and national associations, having being actively involved in 2004 and 2008 Olympics.
He is currently the leading researcher in the arthroscopic clinical application of CartiONE®, the first cartilage repair techonology that uses autologous chondrocytes to generate hyaline cartilage in one step surgical procedure.
During the last 20 years Dr Papacostas wrote chapters in Sports Medicine and Sports Orthopaedics books (7), published papers in peer reviewed journals (6) and presented more than 150 papers and lectures in national and international congresses as an invited speaker