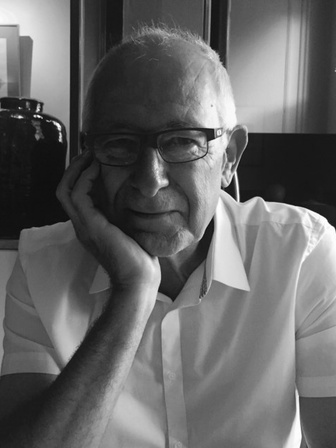 Rene Verdonk obtained his medical degree in July 1971 at Gent State University in Belgium. He was Board certified in orthopaedic surgery in 1976 and presented his PhD thesis on Viable meniscal allografts in 1992. Since 1992 he was Full time Professor of Orthopaedic Surgery and head of the department of Orthopaedic Surgery and Traumatology, Ghent University Hospital, De Pintelaan 185, B-9000 Gent (Belgium). He is emeritus professor since 01 10 2011
In the course of his career he has been involved in the advancement of trauma surgery and in knee pathology and takes a special interest in cruciate and meniscal surgery. Currently, he is also involved in cartilage pathology and treatment.
He has published in many review Journals.
He was Editor in Chief of the KSSTA journal (knee surgery and sports trauma and arthroscopy) and later became senior editor since 2013. He is a member of many scientific societies, such as the Belgian Society for Orthopaedic Surgery and Traumatology, of which he was President in 1991 – 1992. He is a founding member of BOTA (Belgian Orthopaedic Trauma Association).
He is Past President of ESSKA (president 1995-1996) and past chairman of the basic science committee. He is a member of the ISAKOS strategic planning committee and of the ISAKOS Education Committee. He is also a member of AAOS, and corresponding member of the American Orthopaedic Association (AOA) and of the Orthopaedic Trauma Association (OTA). He was nominated to the prestigious Hall of Fame of the AOSSM in 2011. During the recent meeting in Lyon in June 2015 he was awarded the prestigious honorary ISAKOS membership. He is now an active consultant in the ULB Erasmus univ Hospital dept of orthopaedics and trauma (dir. Prof Dr F Schuind ) involved in all aspect of knee pathology and treatment.