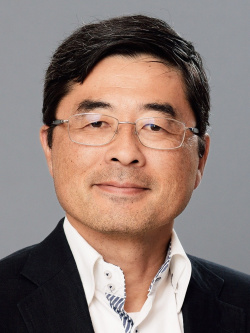 Prof.Dr. Keita Ito is Vice Dean and full professor in the Dept. of Biomedical Engineering at the Eindhoven University of Technology, where he leads the Orthopaedic Biomechanics group. This group combines numerical/experimental and engineering/biological methods to elucidate degenerative processes in bone, cartilage, disc and tendons/ligaments, as well as regenerative strategies thereof. He also is a professor in the Dept. of Orthopaedics at the University Medical Center Utrecht where he works on the mechanobiology of musculoskeletal regenerative medicine. Within the public-private-partnership Regenerative Medicine Crossing Borders, he is the leader of the Osteoarthritis moonshot. He is also the CSO at NC Biomatrix BV.
He received his doctorate in Medical Engineering and Medical Physics from the Massachusetts Institute of Technology and his medical degree from Harvard Medical School. He was a fellow at the Inselspital, Bern and AO Research Institute, Davos where he stayed eventually becoming Vice Director. He has co-authored over 180 peer-reviewed publications and is on the editorial board of Biomech Model Mechanobiol and is a deputy-editor of the Global Spine Journal. He and his group have been awarded the Spine Young Investigator Award 2004, the ESB Perren Award 2010, GSJ Best Paper Award 2014, as well as other conference awards. He has served in various capacities on the boards of the European Society of Biomechanics, AO Foundation, World Council of Biomechanics, and ISSLS.