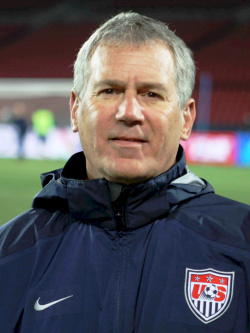 Bert Mandelbaum, Co-Chair, Medical Affairs Cedars Sinai Kerlan Jobe Institute, Co-Director, Sports Medicine Cedars Sinai Department of Orthopaedic Surgery, is a medical graduate of Washington University Medical School in St. Louis in 1980, which completed his residency in Orthopaedic Surgery at The Johns Hopkins Hospital and fellowship in Sports Medicine from UCLA. He served on the faculty at UCLA from 1986-89 and subsequently joined the Santa Monica Orthopaedic and Sports Medicine Group. He presently practices there and serves as the Director of the Sports Medicine Fellowship Program and the Research and Education Foundation and Medical Director for the FIFA Medical Center of Excellence in Santa Monica. He is currently the Co-director of Medical affairs for the Institute of Sports Sciences with Cedars Sinai.

Academically, he is well published including multiple journal articles (120) and five books. He has received five national awards for Excellence in Research in the Field of Sports Medicine. Since 1995 he has been on the editorial board of the American Journal of Sports Medicine and associate editor for Current Concept Reviews. He also served 1999-2001 as executive board member for the American Orthopaedic Society for Sports Medicine. Presently, he is Past President of the International Cartilage Repair Society (2008-09). He was honored in a distinguished fashion in 2009 with an Honorary Doctorate of Humane Letters (DHL) from the State University of New York.