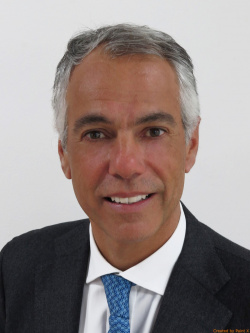 Prof. Pietro S. Randelli is Chiarman of the 1st University Department of the Orthopaedic Institute Gaetano Pini, Milano. Department of Biomedical Science of Health, University of Milan. This Unit has been approved as ESSKA (European Society Sport medicine Knee surgery Arthroscopy) official teaching center. Additionally, he became Full Professor of Traumatology and Orthopaedics at the University of Milan in October 2015.

Since 2015 Prof. Randelli has performed more than 6000 surgeries as primary surgeon, mainly in hip, knee and shoulder prostheses and arthroscopy.
As a chairman, President and board member in Orthopedic Associations, Prof. Randelli is actively involved in SIGASCOT & ESSKA. He’s honorary member of the AOSSM (American Orthopaedic Society for Sports Medicine). Additionally he has been an associate editor for multiple journals (EFORT Orthopedics Today, Joints, Journal of orthopedics and traumatology) and a reviewer for AJSM & KSSTA. During his career he was awarded several time in National and International meetings.