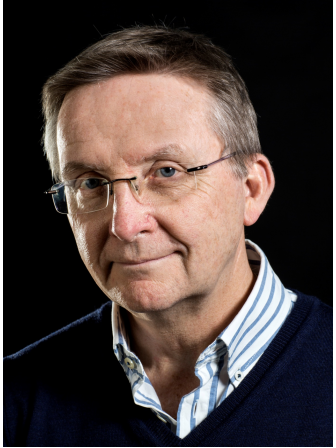 Mats Brittberg is a member of the Cartilage Research Unit at University of Gothenburg and an orthopedic surgeon at Region Halland Orthopaedics at the Kungsbacka Hospital, Kungsbacka, Sweden. He received his MD at the University of Gothenburg in 1978 and completed a specialization in orthopedics in 1985. In 1992 he passed the Swedish Orthopedic Board Exam (S.O.B.E.), and in 1996 he earned a PhD. He is now a professor of orthopaedics connected to the Institution of clinical sciences and orthopaedic department, University of Gothenburg.
Mats Brittberg’s research has been focused on cartilage repair and with main focus on cartilage regeneration with in vitro expanded autologous chondrocytes. Today the main interest is the European Connective Tissue Engineering centre (ECTEC) which is research collaboration between the Sahlgrenska Academy at University of Gothenburg with the institution of Polymer Technology, Chalmers Technical University. Mats Brittberg has also had research collaboration with Virginia Tech in USA on biotribology in cartilage and osteoarthritis as well as research collaborations with other centers in Europe and North America. Besides pure cartilage research, Mats interest is now also focused on joint preservation research and studies on joint pain mechanisms. Clinically, he has been working with joint restoration the last 35 years.
In September, 2010, Mats Brittberg received the ICRS Genzyme Lifetime Achievement Award in cartilage research and in 2012, the Shetty- Kim Foundation (SKF) Scientific award. In 2014, Mats Brittberg also received the SKF and UK Cartilage Club’s Life time achievement Award.

Mats Brittberg has been on the board of TESi (Tissue engineering Society International) and has been chairing the Cartilage Committee of ESSKA 2006-08. Since the start 1997, he has been working with ICRS, as a secretary, Vice-president and President (2006-2008) and finally Past-President (2008-2009). He is Editor-in-Chief for the Sage journal ¨CARTILAGE. He has been associate editor with ESSKA journal as well as he is being on the editorial board of Osteoarthritis and Cartilage. He has also been strategic leader of Sports Cartilage Centre, Aspetar, Qatar 2013-2018