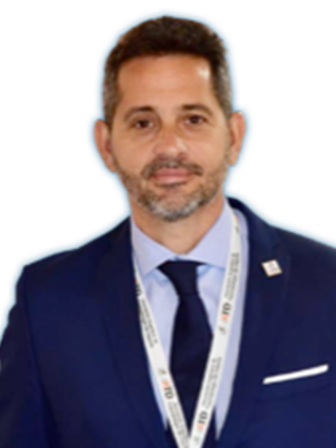 Dr. Hernan Giuria received his MD at Rosario National University in 1998. He is a specialist in orthopedic surgery, sports medicine, and biological therapies.
He was licensed in Medicine by the Ministry of Education and Science in Spain in 2000. He collaborated with the International Olympic Committee Research Team at the Youth Olympic Games in Buenos Aires in 2018. He is served on the Board of Directors of the Argentine Association of Sports Traumatology since 2013 to date. He is director of the “Bio-Orthopedics Course” of the Argentine Association of Sports Traumatology. His work areas are Bio-Orthopedics, Knee Arthroscopy, Sports injuries, and Eco-guided therapies at MAPACI Sanatorium, Rosario, Argentina, where he is the Director of the Orthobiological Therapies Unit and the Sports Medicine Unit. Former medical director of professional football at Club Atletico Rosario Central.
He is a current member of ISAKOS, ICRS, SLARD and reviewer of the Orthopedic Journal of Sports Medicine.