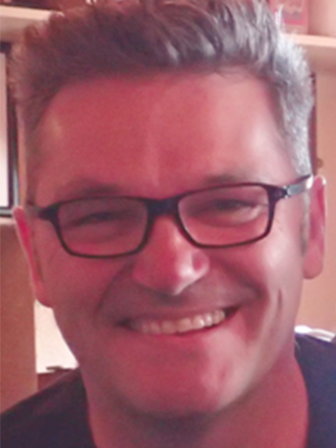 Mike McNicholas is a Consultant Knee Surgeon at Liverpool University Hospitals Broadgreen, where he has a regional referral elective practice treating all aspects of soft tissue knee pathology, osteotomy and arthroplasty. He had previously worked at Aintree University Hospital’s Major Trauma Unit. After completing fellowships in Edinburgh, Switzerland, America and Japan he was appointed as a Consultant in 2001.

He is regularly national and international invited faculty at joint preservation, ligament reconstruction and arthroplasty surgery meetings. He is a member General Board of the ICRS and Chair of the ICRS Registry Steering Committee. He is a clinician advisor to NICE, associate editor and reviewer for several orthopaedic journals. He has written 9 book chapters, over 45 peer reviewed publications, over 145 National and International Podium and over 100 Poster Presentations.

Current research interests include stem cell applications in knee injury; ligament reconstruction, osteotomy, cartilage repair and arthroplasty outcomes and the treatment of focal articular cartilage defects and early arthritis using novel implants.
He has lectured on the effects of the Montgomery ruling upon trauma and orthopaedic surgical practice. He has been involved in producing gold standard patient information since 1996. He has instigated recent developments in internet based interactive patient information systems to facilitate patient decision making.