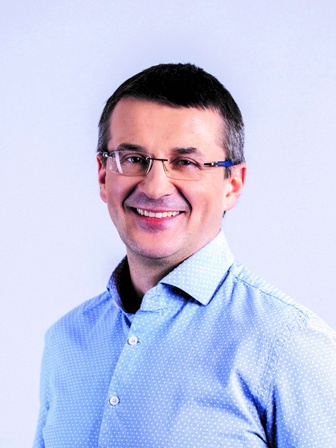 Graduate of the Poznan University of Medical Sciences. First degree of specialization in orthopedics and traumatology in 1999, four years later, second degree of specialization, and in 2003, defending his doctoral thesis. Tomasz Piontek is an international trainer of arthroscopic knee and hip surgical techniques. Since 2006, Tomasz Piontek has been a doctor at Rehasport Clinic. Previously, he had worked, among others, in the Department of Paediatric Orthopaedics in Poznan, was the first football physician of Amica Wronki, and in Lech Poznan. He had completed internships in Balgrist University Clinic in Zurich, Department of Orthopedics and Traumatology of Sports Medicine, Queens Medical Centre in the UK, and the University of Pittsburgh- Department of Orthopaedic Surgery, in the United States. In 2005 he achieved his Phd Title, and in 2015, Habilitation. He is interested in sport orthopeadic medicine, especially treatment of lower limb injuries. He and his team have developed the method and technique of AMIC ( Authologus Matrix Induce Chondrogenesi) in the knee, hip and talus, in an all Arthroscopic procedure; regeneration of meniscus treatment with collagen membrane; Achilles reconstruction with percutaneous methods in large and chronic ruptures using free tendons.